Mould is a type of fungus that can grow on many different surfaces, including silicone sealant. It ruins the look of the bathroom, and if it is not removed, it can cause health issues.

What is black mould, and why is it a problem

Mould is a type of fungus that can grow on many different surfaces, including bathroom sealant. It is unsightly, looks dirty, can rub off onto fabric and skin, and can pose a health risk.

There are different types of bathroom mould, but black mould is the most common type and the most dangerous.

It can cause health problems such as asthma, allergic reactions, respiratory problems including chest and lung infections as well as headaches. It can be particularly bad news for anyone with a compromised immune system.

It grows in damp environments and bathroom surfaces where moisture levels are normally higher provide an ideal breeding ground for mould growth.

If you have mould on your bathroom silicone sealant, it is important to remove it as soon as possible and before the mould spores spread it to your shower tiles and shower curtain and minimise your mould exposure.

The different methods for removing mould from bathroom sealant

We’re going to run through how to remove mould from bathroom silicone sealant with the method we recommend, which is the bleach soak.

Make sure you wear protective gloves and eye protection in case of splashes, and do not do this whilst wearing your favourite clothes!

The bleach soak method is one of the most popular methods for mould removal. It is easy to do, and bleach is a very effective mould remover. We’ll run through the cleaning process

You will need the following:

This works best if the area to be treated is dry, as the bleach will be most concentrated and will not lose viscosity when diluted with water.

Take all sensible safety precautions especially putting on your rubber gloves and running the extractor fan, as exposure to harmful chemicals can cause serious breathing issues and other health risks.

Unscrew the safety cap from the bleach.

Do the vertical strips first, which will mostly be in the shower or the corners of the room. Some people find it easier to start at the top and work down; others prefer starting from the bottom; whichever you choose, bear in mind that the bleach will naturally run down the wall. We will explain the procedure starting at the bottom.

Put the nozzle right up to the shower silicone at the lowest point of the wall and gently squeeze the bottle whilst lifting the bottle slowly and steadily upwards, ensuring that the bleach keeps flowing gently from the bottle. This should take a matter of a few seconds to do. Watch for a few seconds, and with the toothbrush or a gloved finger, help the bleach to make good contact with all of the bathroom silicone.

Once you’ve done all the vertical strips, you can work on the horizontal strips. You are very likely to have little pools of bleach forming at the bottom of the vertical strips you have just treated. Don’t slip or get any on your skin or clothes.

The process is the same, except you are going sideways and not up/down. Start at one end with the nozzle up against the bathroom sealant, and squeeze the bottle gently into all the affected areas. Move sideways, ensuring that you get reasonable coverage. You’ll not have the benefit of gravity pulling the bleach into gaps this time, but you do have a secret weapon:

Now step away and leave the bleach to work for as long as you possibly can. You’ll see the bleach starting to remove mould as it will get lighter – it will go from black to ever lighter shades of grey. You will see improvements from about half an hour onwards. If you can leave it for several hours or even overnight, you will get the best results.

After as much time as you can reasonably allow has passed, it is time to rinse the bleach away. Wear gloves, and if you’re planning on using the shower, it is advisable to wear eye protection in case of splashes.

This should not require too much elbow grease, but you will need to gently scrub the bleach with an old toothbrush/cloth and warm water, as it may well have gone a little dry and crusty, especially if you’ve left it for a good few hours.

The paper should fall apart and go down the drain easily; speaking of which – all this bleach should also leave you with a sparkling drain and the mould off bathroom sealant.

After this simple treatment, your bathroom should look fresh and rejuvenated.

How to prevent mould from forming in the future

If you cannot get the results you want, you might have to consider replacing the bathroom silicone, in which case you should check out our list of best silicone sealants

Why does silicone sealant go black?

Black mould grows on silicone sealant because it is a moist and dark environment, and the mould thrives in these conditions.

How do you remove mould from silicone caulk without bleach?

If you’d prefer not to use bleach, you can use either diluted hydrogen peroxide, vinegar or baking soda in a thick paste to remove bathroom mould

Mould does not eat silicone, but it can grow on it. If it is not removed, it can cause health problems.

What kills mould on bathroom walls?

Mould can’t survive in an environment that is too dry or where there is enough sunlight to bleach or kill it. You can use a diluted solution of hydrogen peroxide or bleach in a spray bottle which you then apply to the affected walls. 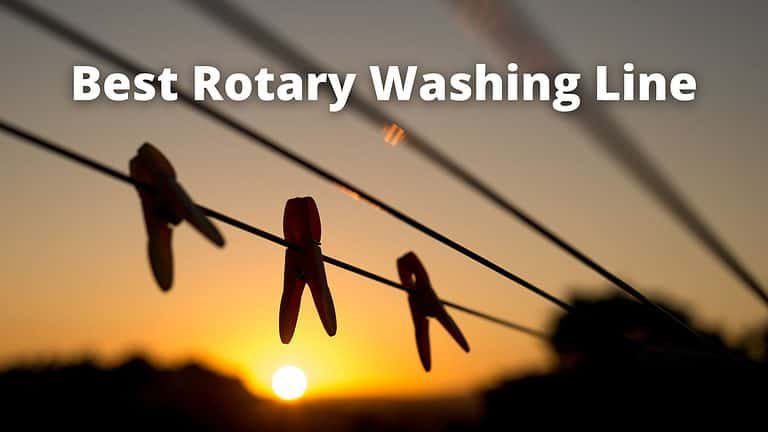 Introduction Line drying your clothes is a great option if you’re looking for a way to save money on your utility bills. And a new… 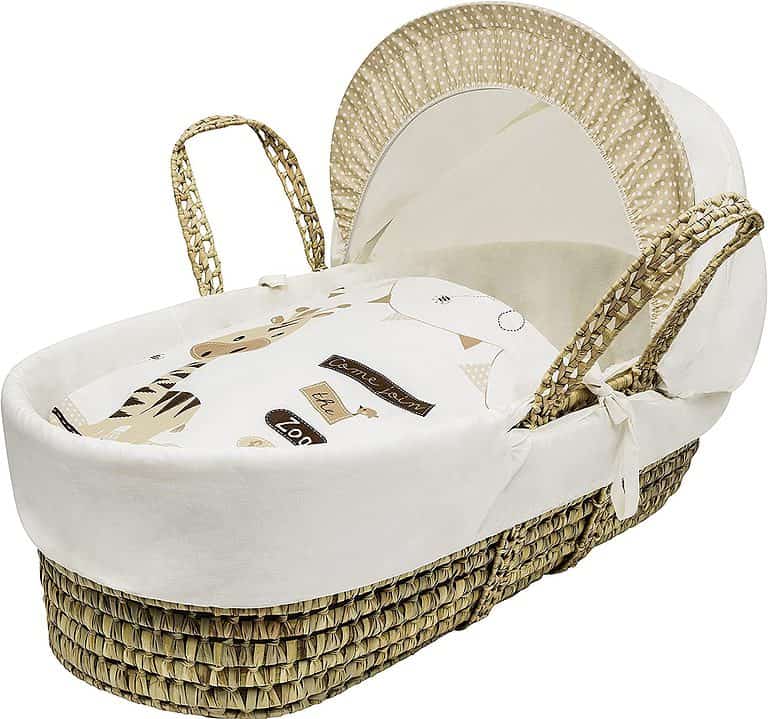 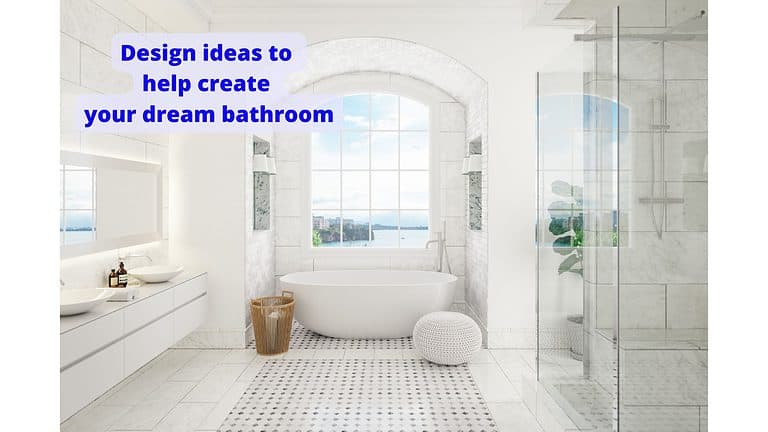 Introduction The bathroom is the most forgotten room in the house. The only time it ever gets any attention is when you have to clean… 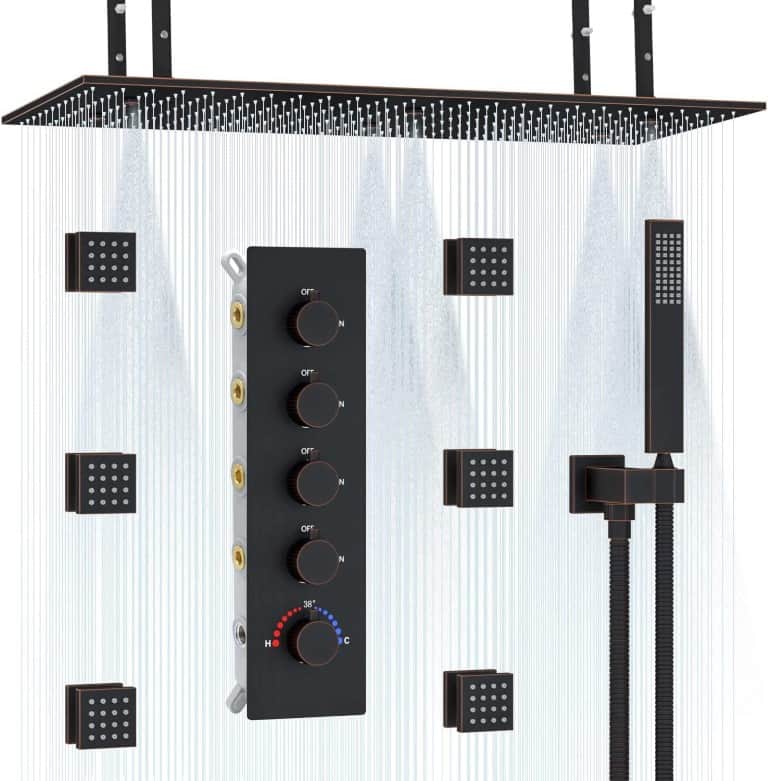 We’ve put together the exhaustive list of Pros and Cons of a Rainfall Shower Head. Check it out before deciding. 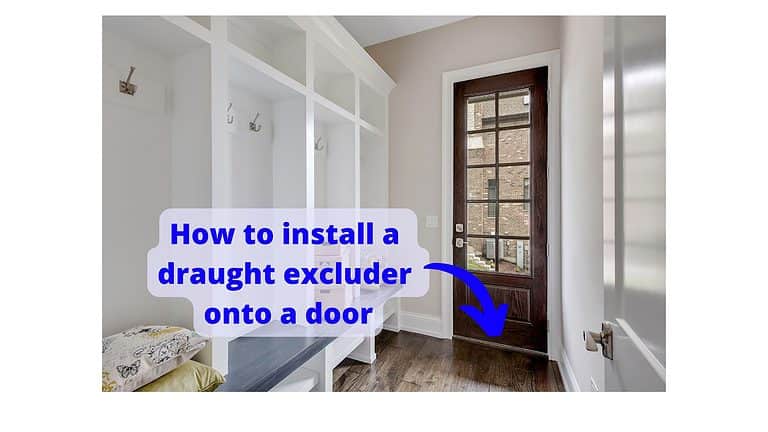 Introduction Here is how to install a draught excluder on your door, which is an easy way to keep the cold air out and the… 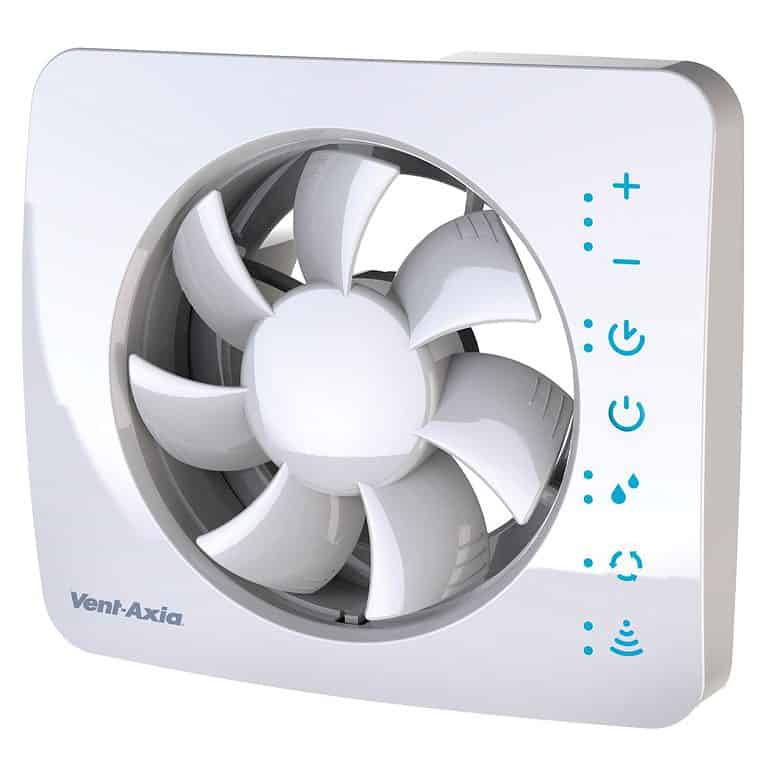 Introduction Bathroom extractor fans are a must in any home. They help to remove the moisture from your bathroom, which can lead to mould and…

Disclosure: Some of the links in this article may be affiliate links, which can provide compensation to us at no cost to you if you decide to purchase the product or service. This site is not intended to provide financial advice and is for entertainment only. You can read the affiliate disclosure in our disclaimer